Nearly 9000 loops!
Truly a massive collection of high-quality cinematic loops for use across a multitude of genres and media applications

Hard drive space could be an issue.
Elastik (Free) is required to activate loops and export wav files.

Jump to APD Videos of Massive Cinematic Bundle from Ueberschall

Jump to APD Demos of Massive Cinematic Bundle from Ueberschall

Ueberschall has been a premier producer of samples, loops and sound effects since 1987. With a well-established reputation for quality, Ueberschall continues to produce timeless production resources as well as authentic, vintage-flavored pop, rock, funk, soul and jazz loops.
Recently the company has been bundling titles to offer a value-packed collection at an attractive price. Their latest bundle is aptly titled.

Buying in bulk is popular, but it doesn’t always mean great value. I mean, you can buy a 55-gallon drum full of mayonnaise, but you’re probably not going to enjoy full use of it. 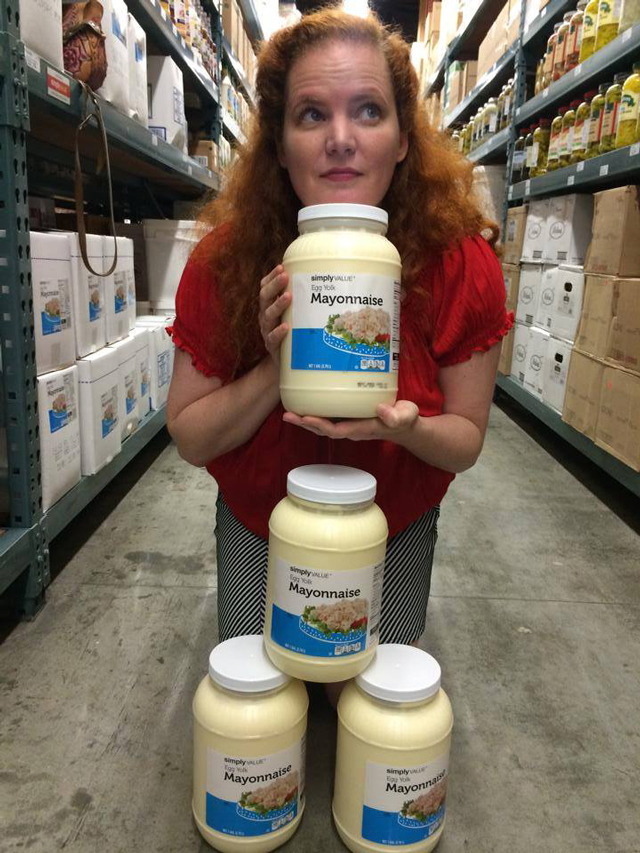 The same can be said for buying loops. Getting a large quantity for a low price doesn’t always equate to great value. Unless, of course, you’re doing your shopping with Ueberschall! Weighing in with nearly 9,000 loops and over 24 gigabytes of loop content, the new “Massive Cinematic Bundle” is brimming with quality material at less than one cent per loop.
To understand the true value within this bundle, I’ll pick apart the various titles and summarize their contents.

I’ll begin with Score FX, an outstanding collection of accents, beds and rhythms assembled into 28 construction kits totaling 1,995 individual loops and phrases. This set should be in any audio producer’s toolbox as it contains building blocks for just about any kind of audio production. The loops are impeccably organized, making selection fast and easy. Loops in this collection are organized into four folders and each folder contains items labeled to speed navigation. Descriptions begin with Accents, Kits, Beds or Rhythms, so you know exactly what each folder includes before you start previewing.

The loops are impeccably organized, making selection fast and easy.

My personal preference is to work with wav files. If you chose to work this way, you’ll be pleased to know that exporting the wavs (through Ueberschall’s free Elastik application) maintains the file folder and organizational structure for each title in this bundle.

The next title is called Soundscapes. Here are 24 construction kit style music beds in this collection of 809 loops. The collection skews towards bold, expansive and dreamy atmospheres with synth heavy instruments, ethereal vocal accents and up-front rhythm tracks. Each bed is broken into three parts (Intro, Main and Outro) and each part is then presented as a full mix, a sub-mix without drums and then the various elements. This allows fast access to full mixes or user selectable elements to build custom mixes from scratch. You can also mix and match elements to create unique and exclusive beds. Elements for each kit include synths, pads, drums, vocals and atmospheric elements to provide plenty of inspiration.

The third library included in the Massive Cinematic Bundle is titled Cinematic Timeshift.

This collection includes a variety of accents, music beds, rhythms, impacts, transitions and whooshes. Whether you produce Sci-Fi, Action/Adventure or Day-time Drama, there are plenty of useful elements in this collection. It contains 706 individual loops and samples all aimed squarely at producers who need outstanding sound design. This collection complements the Score FX title, adding more selection to choose from.

Next up is “Ambient Noises,” a collection of 20 strange and sinister music beds tailor made for gritty crime stories, modern noir, dystopian thrillers or mysterious circumstances. Once again, the focus is on quality and each of the 20 kits can be broken down into various elements making this collection of 286 loops and samples, a terrific source of unusual inspiration.

Groove Shadow Elastik clocks in with an astounding 400 construction kits and 4.000 individual loops. It’s a mind-boggling assortment of rhythmic drum, percussion and frankly, bizarre sounds that – at first glance, may seem somewhat unattractive when compared to the rest of the bundle. This is not to say there aren’t useful loops here. There are plenty – but here is where you’ll find yourself doing a bit of loop archeology. It will take some digging to unearth a treasure. Here the loops are arranged in groups by tempo, then descriptors like Lite, Medium and Hard. Construction kits have names like “Grillin’,” “End of Life” and “Vinyl” – but these names offer very little insight into to what the kits actually contain. There’s only one way to find a diamond in this title. Get in there and dig!

Finally, we’ve reached the 6th and final title and perhaps my favorite one of the bunch.

Finally, we’ve reached the 6th and final title and perhaps my favorite one of the bunch. In this collection of outstanding acoustic and electric guitar-oriented music beds, you’ll find no less than 100 construction kits and a whopping 1,192 individual loops. This collection spans a number of musical genres to create atmospheric ambience for nearly any multimedia situation.

Use this to score a client’s action adventure scene, to add impact and atmosphere to a travel segment, or build tension in a Wild West video game’s shoot-out scene. You could even use it as background music for your vacation videos once these projects are all completed. There’s plenty of inspiration here to provide you with sonic success on your next project. Loops in this title are arranged as “Themes,” “Ambient,” “FX” and “Distorted,” once again, all aimed at helping to speed your selection process.

Pop Quiz! Exactly how many individual loops are in this bundle? [Read on for the answer.]

I would be remiss not to mention Ueberschall’s free Elastik program here. Elastik has powerful features and is available for both Mac and Windows users. The Elastik player can work wonders on Ueberschall loops allowing you to manipulate them in many ways your DAW may not be capable of. With Elastik, you can play and preview loops, solo instruments, manipulate time, key, tempo and even step sequence. You can use it as a plug-in in most major DAWs. It can be mapped to your midi keyboard controller or just click with your mouse.

Despite all these powerful features, I have never warmed up to the interface. In fact, had it not been for this review, I may have never noticed Elastik no longer shows up as an available plug-in in Logic Pro 10.3 or 10.4. Alas, Elastik is unavoidable. You’ll need Elastik to activate any Uberschall product. And if nothing else, you’ll use it to export all the loops as wav files, like I do.

The folks at Ueberschall are sticklers for detail and this is evident throughout their sound design, musical composition and even their file naming conventions.

The folks at Ueberschall are sticklers for detail and this is evident throughout their sound design, musical composition and even their file naming conventions, which will often provide clues to the original key signature, tempo and instrument. If you’re using Elastik you may not care much about loop names aside from making your selections but, for those who prefer to work with wav files, reading these can seem daunting at first. Let’s decode one from Cinematic Guitars.

Here is the loop’s actual title: “01gfx080_CGL_themes all_e_01.wav.” Figured it out? “01” means it’s the first loop in the set. “gfx” stands for Guitar FX (in this case, meaning it’s been processed.) “CGL” stands for Cinematic Guitar Loops. “080” is the tempo (80 bpm) and “themes” is the group this belongs to. “All” means it’s the full mix of instruments and effects in this particular loop kit because alternate versions exist within the set. The letter “e” is it’s key signature and the final number indicates it, the first loop in the first group, song or folder. Although each set may contain slightly different naming conventions, they typically follow the same kind of indicators. Now, you’ll never be totally lost.

If you produce work for film and trailer, advertisements for radio and television, specialize in game audio, sound design, podcasts or are music producer looking to expand your sonic toolbox, this is a tremendous bundle, that you can employ right away. The bundle price concept can save money but it’s still a significant investment. I strongly recommend researching these individual titles to be sure this bundle is a good fit for your specific needs.

The Massive Cinematic Bundle from Ueberschall, is truly massive! Prepare in advance by ensuring you have plenty of hard drive space available.

Tip: After installing and expanding the individual titles, drag each title’s content into Elastik, then activate the entire bundle at once.

The Massive Cinematic Bundle boasts 8,988 loops which are only accessible after downloading, expanding and activating the individual titles through Elastik. The compressed download size of this bundle is 19.31 GB. Once expanded, it weighs in at 24.11 GB of content. Be forewarned: If you export the wav files and keep both versions of the product plus the zipped files – you’re storing an astounding 67.29 GB of data!