I had the great pleasure to attend Spitfire Audio’s LA Pop-Up event on Monday, May 15, 2017 in downtown Los Angeles.

The event was divided into two separate parts with a very casual afternoon session where the Spitfire team had several workstations up, with all the latest Spitfire libraries for attendees to check out. Many familiar Spitfire faces were there on hand to answer questions, share expertise with the software or sit and chat over a cup of tea.

The evening sessions started out with a bang with a performance from the LCO Quartet. In our circle of composers, the group is best known for working with Jonny Greenwood on the There Will Be Blood Score although the group also has extensive album and film score credits including music for the motion picture version of Assassin’s Creed and the soon to be released Alien: Covenant score.

Earlier this year the quartet was recorded and transformed into a surprisingly playable aleatoric sample library with the London Contemporary Orchestra Strings by Spitfire Audio. You can check out SLR’s review of the LCO Strings sample library here.

The group played a couple selections from the There Will Be Blood score as well as other original works written with the quartet in mind. As someone who spends most days working with virtual instruments, the quartet’s performance was a huge highlight and by far the very best $5 concert I have had the pleasure of attending. 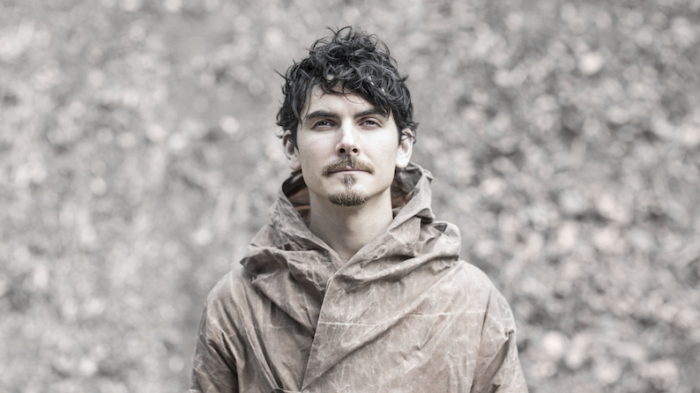 Next on the agenda was a masterclass from Brendan Angelides. Brendan is a Los Angeles based music producer and composer who records and performs live as Eskmo. Besides writing and touring as a recording artist, Brendan’s recent music for media projects include scoring the Showtime series Billions and the new Netflix series 13 Reasons Why.

Highlights of Brendan’s talk included a bit about workflow for the production of 13 Reasons Why and how interaction with the show runner and music editor help to keep Brendan’s writing momentum going under tight deadlines.

The other big takeaway from came from Brendan demonstrating a before and after version of a dramatic yet sparse scene from 13 Reasons Why. Here he showed how he uses sample libraries, including Spitfire’s Albion Tundra, with additional processing, Reverb, EQ and compression to develop unique evolving layers and textures to paint a dramatic modern underscore.

If I have some free time this weekend I will try to do a separate video on this technique as I feel is has some great merit both conceptually and in practice for taking a library and pushing it into new and unique timbres and tones.

The next session was led by Spitfire’s very own Christian Henson. Utilizing the LCO quartet Christian went into depths sharing some of his thoughts and techniques for experimenting and capturing live instruments at the beginning of a project in order to spark creativity in crafting an original score.

Christian has talked before about capturing experimental recording sessions for inspiration and to craft custom sample libraries. This echoed the spirit of one of Christian’s previous Spitfire tutorial videos where he stated:

You can see the full Grow Your Own Samples – How To Make A Sample Library video I am referencing here.

Although the masterclass was exciting and brilliantly inspiring, I am was unable to show any of the footage in the video highlights as the media showcased is of an unreleased television series that Christian is currently scoring.

The evening’s headliner was composer Charlie Clouser. This was a command performance of his masterclass which was originally presented at NAMM earlier this year. It was so good that Spitfire felt that more people could benefit witnessing the insight and I completely agree. Charlie walked the audience through his process and technique of creating a cue for the series Wayward Pines, of which he is the composer.

I witnessed the original presentation at NAMM and was so inspired I created a 5-minuteute video summary immediately after my first viewing of the Masterclass. You can check the “3 Things I learned from Charlie Clouser” video here.

It was a jam-packed day and night of some incredible insight. I also had a great time catching up with new and old friends. I left that evening with some tired feet but lots of inspiration and a renewed enthusiasm for the music making community.