I have included the official British Drama Toolkit press release below.

LONDON, UK: Spitfire Audio is proud to announce availability of British Drama Toolkit — created in close collaboration with award-winning British composer, musician, record producer, and songwriter Samuel Sim (famed for his quality, gritty, and deep television and film drama scores) as an inimitable instrument featuring an ensemble dedicated to capturing the emotionally potent sound he is lauded for, but also presenting a unique way of interacting with the players involved to allow users to compose, arrange, and complete a cue in one pass, thereby setting it apart from anything the high-quality virtual instruments- and sample libraries- creating company has produced to date — as of July 26th.
Pursuing originality in music is one thing; trying to be constantly original in the pressured world of episodic television scoring is something else entirely. By brilliantly achieving both of those traits, talented composer Samuel Sim has won multiple awards as a writer of quality, gritty, and deep television and film drama scores. So, having previously worked with Spitfire Audio to realise his namesake SAMUEL SIM – CHRYSALIS library — launching a unique and inspirational sound set centred around a stunning, deep sampled studio harp, but bent into a collection of fresh sonic tools to critical acclaim in 2015, it is hardly surprising that he (re)turned to Spitfire Audiowhen wanting to create an instrument that put up no roadblocks between musical ideas and their realisation as ready-to-go cues.
Cue British Drama Toolkit — or British Drama Toolkit with Samuel Sim, to give it its full, highly-appropriate appellation… an instant scoring instrument in the true sense of the word, which provides the most instinctive, immediate, and intense connection to the heart of its user’s composition while helping them find their musical voice in the process. Playing styles that have not been sampled before, with bespoke bowing techniques and breathing patterns, converge to create textures full of dramatic movement. Meanwhile, those same notes, played at a different intensity, switch to characterful lead lines, passing from instrument to instrument in an ensemble that shifts dynamically as the user explores the radical results of this close collaboration.
Comprising a small string and woodwind section recorded in the purpose-built dry stage at Spitfire Audio’s London-based HQ, British Drama Toolkit clearly comes to life from the moment it is first played. Put it this way: when this library is at anyone’s fingertips then telepathy of sorts starts in earnest. Ensembles are mapped across the full length of the keyboard, and the playing styles are tied to velocity — from whispered textures through to bold solos. Saying that, British Drama Toolkit truly demonstrates an innate understanding of the fact that the difference between playing softly and loudly is not just simply down to volume, but also about character and emotion, enabling users to compose, arrange, and complete a cue in one pass. With an eye firmly fixed on the drama rather than the computer, and with one patch capable of such wide-ranging expression, users can respond instinctively to the story rather than getting sucked in to what Samuel Sim semi-seriously terms “…the vortex of the computer.”
Clearly no stranger to the musical joy of working with emotive ensembles as a working composer himself, who better to provide some serious closing commentary as to the virtues of working with British Drama Toolkit, then, than Spitfire Audio Director Paul Thomson: “This is one of the ways that you can convince your director, for example, to spend the money on real musicians, because what you’re hearing here are these incredibly talented musicians playing in a really unique, stylistic, and unusual way, and what better than to have the real live players sitting, performing, and reacting to your music in real time while they do this. But if your budget doesn’t stretch to a full band of musicians, and you can only afford a few musicians, then that’s still going to give you a great result, and you’re going to have these instruments to fill in the gaps, and while your ear is drawn to the live player, you have these beautiful textures floating in the background to help give your music much more depth.”
Director Christian Henson, fellow co-founder of Spitfire Audio, adds, “I’m incredibly excited about the British Drama Toolkit, which is designed by a drama media composer, Sam Sim, for us fellow media composers. It really is an amazing, inspiring, time-saving tool that can be used on a variety of different applications, but it has that kind of gritty, very emotional British drama feel to it. Basically, it’s a bunch of ensembles — some strings, some woodwinds — recorded here on our dry stage, but, instead of using controllers, it’s very much a two-handed thing, whereby different velocities give you different kind of degrees of intensity and movement.”
Musically speaking, the honesty and rawness of British dramatic scoring is ingrained in the British Drama Toolkit library. Lest we forget, though, this is not just a library that plays a composer’s music, but rather helps them compose it. Indeed, all it takes is ideas. Originality, of course, is optional, yet highly recommended… just ask its award-winning designer, Samuel Sim!
For more in-depth information, including some superb-sounding audio demos, please visit the dedicated British Drama Toolkit webpage here: https://www.spitfireaudio.com/shop/a-z/british-drama-toolkit/
Watch Spitfire Audio Director Paul Thomson’s ‘traditional’ video walkthrough of British Drama Toolkit here: https://youtu.be/irH7w4dv-F0
Watch fellow Spitfire Audio Director Christian Henson’s helpful British Drama Toolkit contextual video here: https://youtu.be/VwH4Knt8bsY
Watch Spitfire Audio’s touching trailer video for British Drama Toolkit here: https://youtu.be/aSeBoJ6XXmM 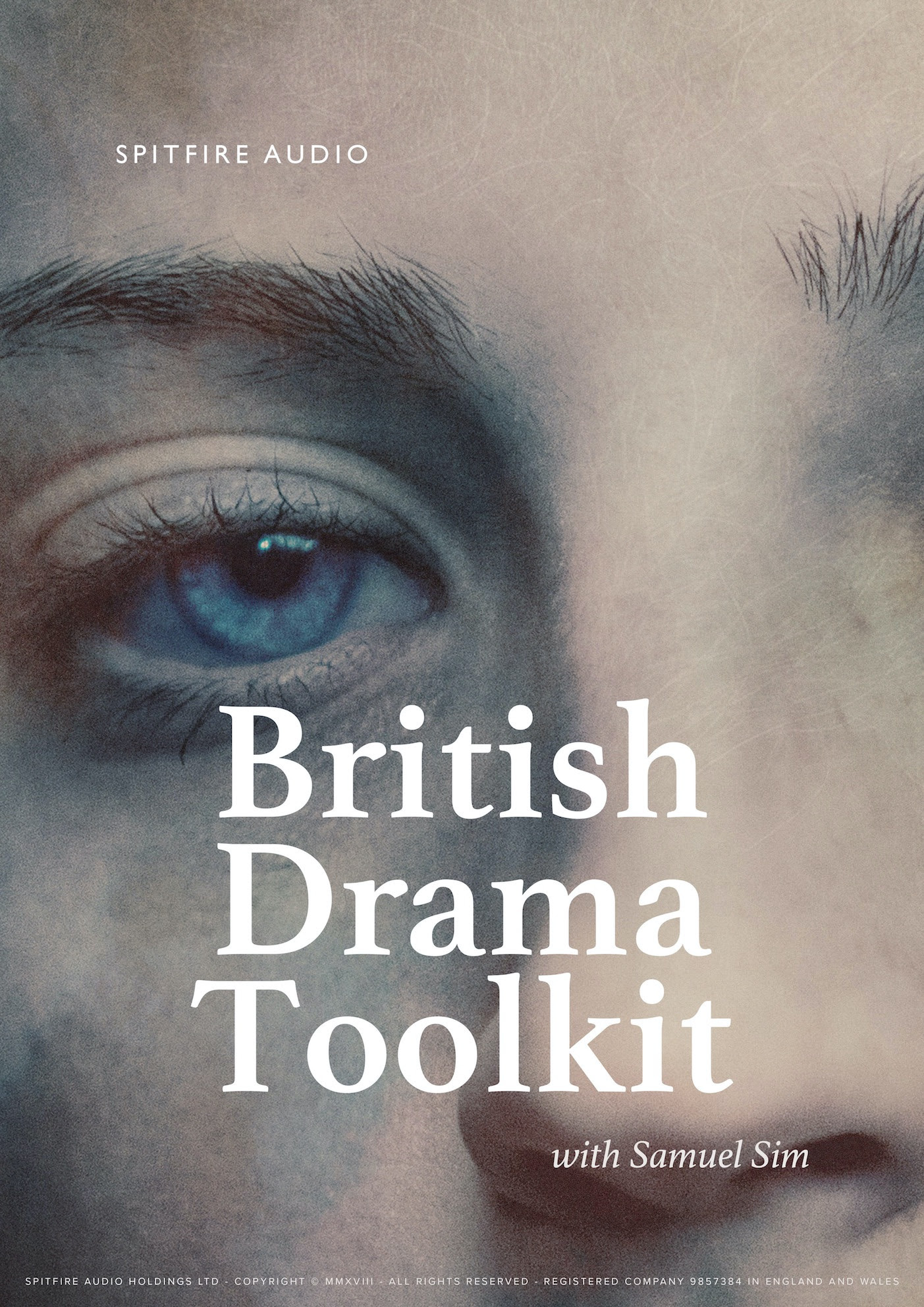