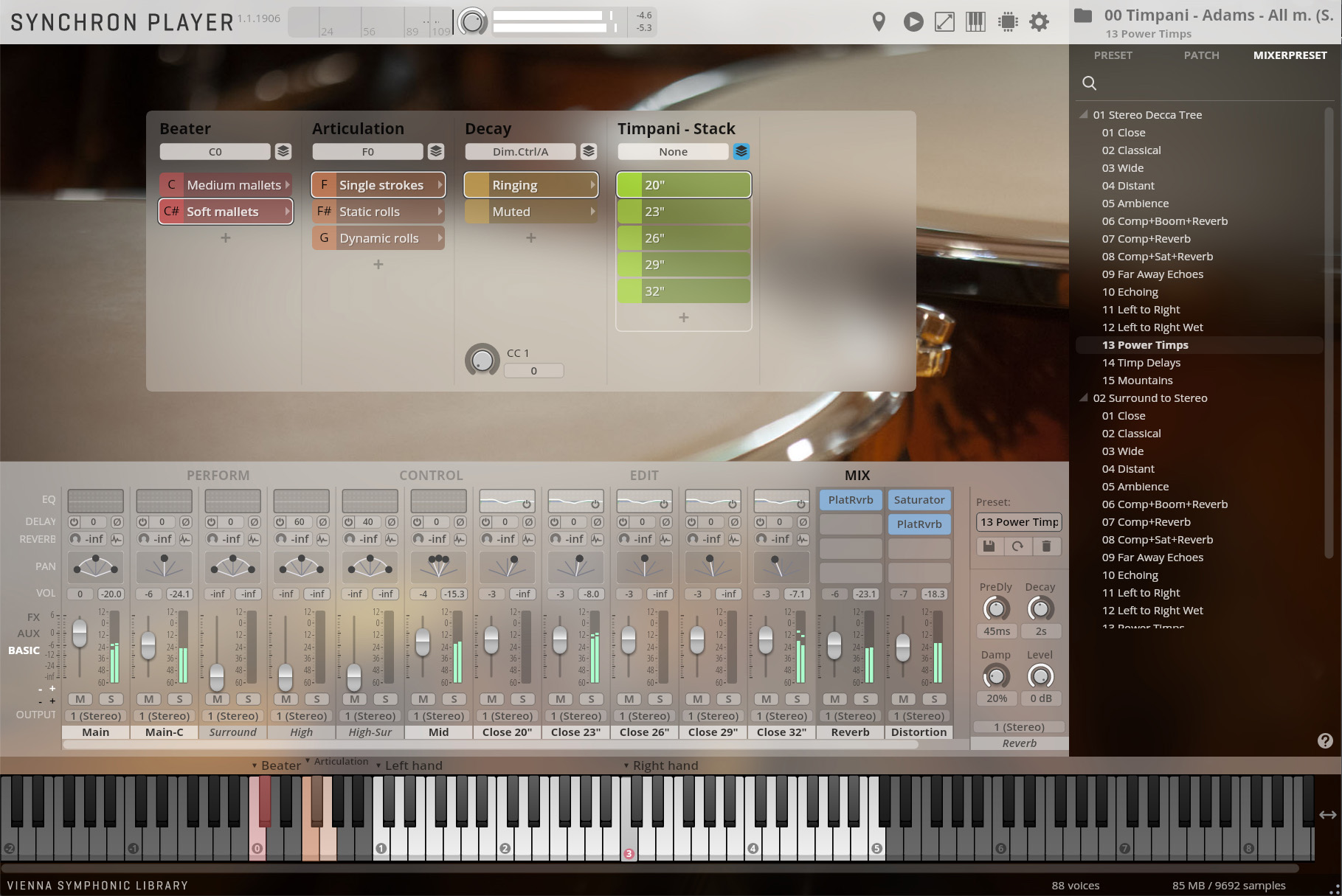 All instruments include single strokes in many velocity layers and several round robins, rolls and effect articulations. For some instruments, rolls are available in two variants: “Static” rolls are recorded without changing dynamics and allow users to transition smoothly through velocity layers from pianissimo to fortissimo. “Dynamic” rolls were recorded with their dynamic changes (crescendos and diminuendos) performed over various lengths. Users may release the key at any time – the individually adapted release samples will be triggered automatically.

Included MIDI loops for taikos and timpani make it easy to create driving rhythms. They can be pre-listened in the Synchron Player and dragged into the user’s DAW.

Each instrument comes with a variety of mixer presets that include traditional Decca Tree configurations with variations such as Close, Classical, Wide, Distant and Ambient, but also processed signals with algorithmic reverb, compression, delays and effects for “Low Boom”, “Power Timps”, “Far Away Echoes” and many more. “Surround to Stereo” feeds the surround and high surround mics to the stereo signal for a richer and wider sound. Also included are “Surround” presets for 5.1 applications and 3D audio setups such as Auro 3D and Dolby Atmos.

A new feature of the Synchron Player enables users to place each single drum (where available, such as timpani, taiko drums, roto toms) in the stereo panorama. Instead of automatically placing the entire setup, e.g., the five timpani, on its spot on stage, the new “Output Config” feature can be used to route each close-miked drum to its own channel.

Watch this great screen-cast of the piece “The Giant’s Lullaby” by Fabio Amurri:

For all details visit the official Synchron Percussion II at VSL.