Strix Instruments has released PRIPYAT Pianos, a collection of radioactive pianos from the Chernobyl Exclusion Zone.

PRIPYAT Pianos – radioactive pianos from the Chernobyl Exclusion Zone. is available with a retail price of $199. At the time of posting the library is on a special intro price of $149 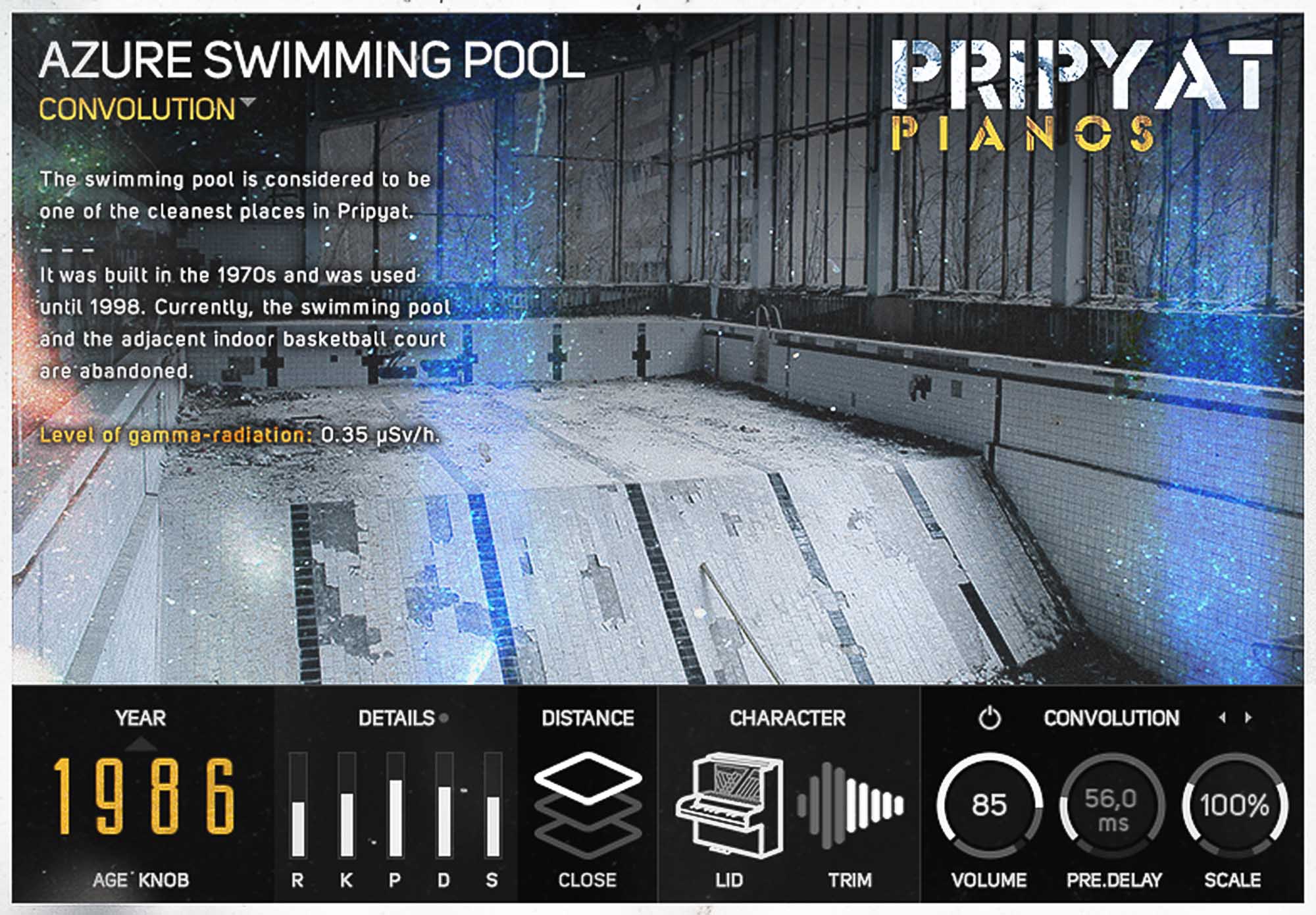 “For seven years our team has made more than 25 trips to the city of Pripyat for detailed collection of audio materials.”

We’ve found and recorded 20 instruments in various parts of Pripyat that are of different levels of preservation and functionality. This amount of instruments was necessary to create a tool suitable not only for sound design, but also for writing compositions. Our goal was to create a virtual instrument which will show the nature of the degradation of instruments under the effects of harsh weather conditions and radiation, yet which also would have the most pure sound. All the pianos we could find participated in the creation of the final sound.

One of the important features of PRIPYAT Pianos is the impulse-responses collection for Convolution Reverb, recorded in well-known and not-so-known Pripyat sites, including the territory of the tragically known Chernobyl Nuclear Power Plant. A series of rooms and open spaces from Pripyat are at your disposal. Some presets are more invisible and will give a light shade to the sound of the instrument, and others will convey the scale of city structures or internal structures of the 5th power unit of the Chernobyl Nuclear Power Plant.

Age Knob – a slider that changes the instrument’s behavior depending on the years of degradation from 1986 to 2019. The regulator allows you to hear almost untouched sound of notes from 1986. You can add special, lively notes, creating a unique sound with small age changes from 1986 and up, or a radical change installing 2019, which represents the current sound of the instruments at the moment. The sound of 1986 was created using the most suitable pianos and their keys.

Each of the 23 presets is supplemented with a photo of the place where the impulse-response was recorded, a brief description and the current level of gamma radiation in that particular location. Simply select the place you like from the drop-down list, touch the keys and feel the atmosphere of the Dead City. The main elements of control are the distance to the instrument, the ability to shorten the start of samples, adjusting the opening of the instrument lid, the convolution reverb control, as well as more detailed elements in the form of overtones, keystrokes, sustain pedal mechanism, dampers and the layer of sympathetic resonance, which was collected from 20 recorded pianos.

20 Pripyat Pianos condensed in one instrument.
Age Knob – a slider that changes the instrument’s behavior depending on the years of degradation from 1986 to 2019.
Ability to individually adjust Release, Keystrokes, Pedal, Damper, Sympathetic Resonance sounds by utilizing separate volume sliders.
3 mic positions: close, medium and far.
Control Lid of the instrument and Trim the sample start, to soften the sound.
23 unique impulse-responses recorded in Pripyat and Chernobyl Nuclear Power Plant outskirts with short description for each IR in actual place where it was taken.
Up to 9 velocity layers, from 4 to 16 round robins.
14 Snapshots.
Beautifully animated GUI.
11GB of compressed sample content.
2900+ Samples (Kontakt Lossless Sample Compression format).
NKS Mapped.
2.69 GB Download Size.

I am a composer creating score and song for advertisements, films, television & interactive. I use virtual instruments and sample libraries daily in my work. www.DonBodinMusic.com
You might also like
piano
Checking Out: Chroma Grand Piano by Sonuscore
Checking Out: Motus by Cinematic Alpha
Checking Out: The Oeser by Key Instruments
Review: Bardzo by Felt Instruments
First Look: ALIBI by Sampletraxx
Checking Out: This is NOT a Piano by Audio Brewers
Be the first to comment!
Leave a reply »