Just got the official PR for Spitfire   eDNA EARTH update. I’ll be jumping into a review of this asap but came across this great video of Christian and Paul sharing the  eDNA EARTH origin story.

LONDON, UK: Spitfire Audio is proudly reintroducing eDNA EARTH — enriching its epic collection of synthesised orchestral sounds created from ten years’ worth of widely-used, wide-ranging organic orchestral live recordings with which it has made its notable name as a British music technology company that specialises in sounds, this time warped or morphed into different textures and amazing state-of-the-art electronic soundscapes, served up via an easy-to-use, ultra-controllable GUI giving access to all areas of new sonic experimentation, enhanced with support for Native Instruments’ NKS (Native Kontrol Standard®) extended plug-in format for all virtual instrument developers (delivering seamless software connection to the German giant’s cutting-edge KOMPLETE KONTROL S-Series keyboards and MASCHINE hardware for intuitive interaction) — as of October 8… 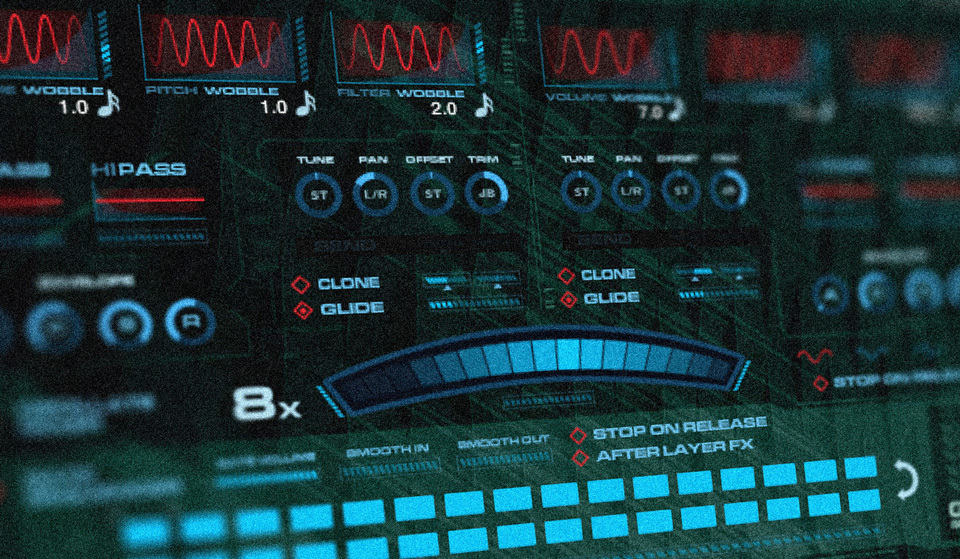 eDNA EARTH is based around a collection of 1,900-plus basic instruments, mangled into over 1,000 custom presets professionally programmed by the talented team at Spitfire Audio during several months. The proprietary eDNA Engine — a sample-synthesiser powerhouse that can combine two sounds and modulate between them with envelopes, filters, and wobbles per sound, as well as a gate sequencer and a selection of go-to effects — driving those hard-won results is, itself, effectively user-driven by a GUI that’s as easy on the eye as it is easy to use, ultimately allowing for a wide range of genres and cinematic settings. Simply select by sound type — Atmos, Bass, Drones and Scapes, Drums and Percussion, FX, Keys, Leads, Pads and Strings, Sequences and Plucks, or Synthetic Orchestra — and play. Put it this way: with such depth of content — from beautifully refined dynamic crossfades to turbo-charged tempo synced, gated, and phased wonders — readily accessible, anyone playing each carefully crafted sound for only 30 seconds would need 15 hours to listen to each and every instrument and patch available! And that’s before tweaking to make more of their own.

On top of that, the eDNA Engine itself is made up of seven so-called ‘cartridges’ — each curated by a different composer or engineer, each focusing on a distinct sonic style; perfectly positioned presets abound — all arranged by sound type, but users can also browse by cartridge, both from within the eDNA EARTH GUI or directly from Native Instruments’ cutting-edge KOMPLETE KONTROL S-Series keyboards and MASCHINE hardware, thanks to that newly-implemented NKS support… no mouse or trackpads (necessarily) needed! 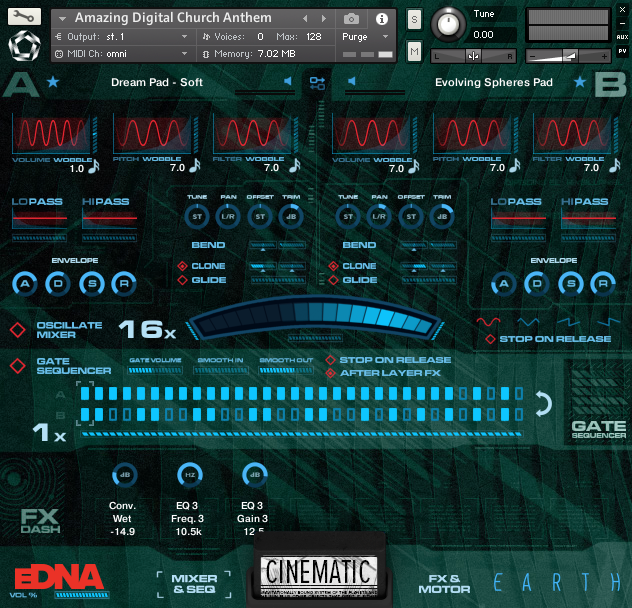 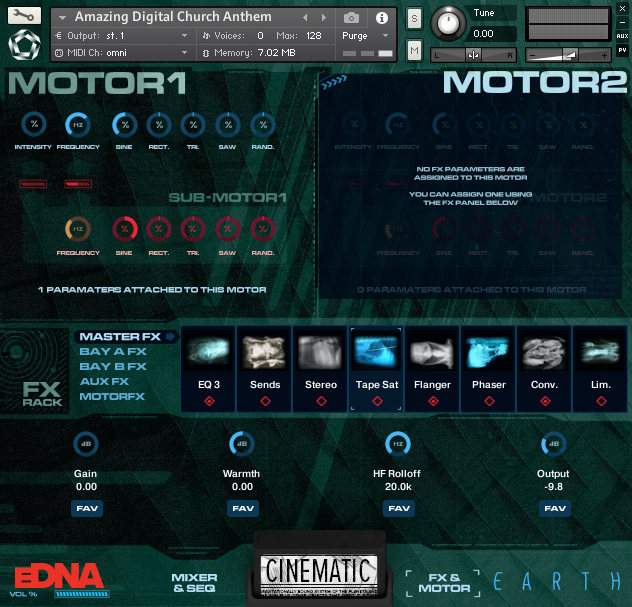 As an evidently elated Christian Henson himself says:

“So we’ve updated eDNA; the sounds are a lot easier to browse, it’s now NKS-compatible, and I’m actually working on a new cartridge at the moment, which I’m quite excited about — always a joy to work with EARTH!”

Working with the enriched encyclopaedia of cinematic synth sounds that is eDNA EARTH is, indeed, a joyful and musically-enthralling experience, one which benefits from fellow Spitfire Audio co-founder Paul Thomson’s thoughtful consideration as to why, exactly, content that is organic at origin yet sounds synthetic mixes better with live or orchestral elements:

“It’s about having depth in the sound, as opposed to a slightly two-dimensional sound. Even though you can get a synth sound that appears to have a depth in the soundstage, there’s something about a sound that’s recorded in a space that has a kind of spacial depth. When Quincy Jones worked on Michael Jackson’s albums, a lot of the synths were played out into the room and then re-amped, basically, in order to get a kind of sonic depth to the sound. So I think that what we’ve done — by starting with a sound that was recorded in a 3D space and then kind of imposing synthetic texture on to it — is retain that depth within the sound.”

Wise words there from a sound musical mind. Musically, then,  eDNA EARTH  has been created with film, TV, and games music in mind, offering endless inspiration to the next generation of media composers, whether wishing to go ‘off world’ — following in the bold footsteps of Greek genius Vangelis, whose inspirational futuristic fusion characterised the timeless score to visionary director Ridley Scott’s 1982 neo-noir science fiction film classic Bladerunner, which, in Christian Henson’s equally wise words, “…was synthetic but approached from an orchestral arrangement POV…” — or keeping their musical feet firmly planted here on earth! Either way, eDNA EARTH should also appeal to dance and pop producers wanting to add cutting-edge, cinematic electronic textures to their music — made even easier by Spitfire Audio coming back to (eDNA) EARTH with an enriched encyclopaedia of cinematic synth sounds!