Re:Coil is a cinematic Soundset for Omnisphere 2.5 based on string soundsources from its Core Library. Re:Coil contains patches made from violins, cello, guitar, cuatro and many odd devices which contain strings as the source. This focus creates a sophisticated sound that is instantly cinematic. Re:Coil is great for Documentaries and dramatic productions and as soon as you listen to these patches you will know it will make any score sound like a million bucks! 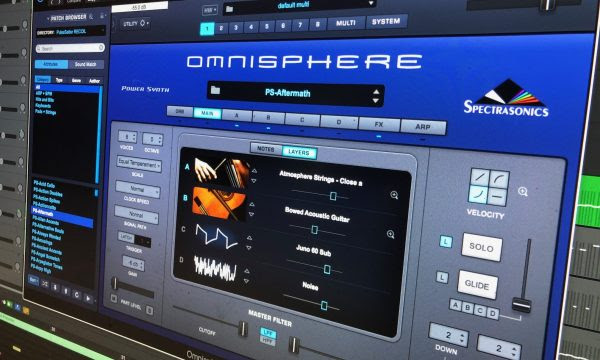 Useful for TV dramas, Sci-Fi Video Games and Music Libraries. Pulsating basses, organic tones and emotive pads, these 200+ bring in that Hollywood feel to any project. Simple categories: Pulses, Pads and Keys. Mod Wheel assignments for the most useful in a media scoring environment.

Get RE:COIL for  $29.99 (Normally $35) from Pulse-Setter Sounds during the introductory promotion.