by db
MeldaProductionhas released Drum Empire 2020, a free 60 GB extension pack for its MDrummer virtual instrument plug-in.
MDrummer itself is available to purchase at an attractive 50% discounted price of €125.00 EUR (inc. VAT) until the end of October 2020 — returning thereafter to its regular price of €249.00 EUR (inc. VAT) — via its dedicated webpage, which also includes more in-depth information, here: https://www.meldaproduction.com/MDrummer (A fully-functional, 15-day trial of MDrummer is also available.)
https://www.youtube.com/watch?v=Py5YgGmaGt0
PRAGUE, CZECH REPUBLIC: music production and audio processing advanced tools maker MeldaProduction is proud to announce availability of Drum Empire 2020 — the latest in its lengthening line of free extension packs for its MDrummer virtual instrument plug-in, the most advanced drum machine and virtual drummer on the market, this time turning its attention to sampling a huge array of high-end drums and cymbals in Svárov Studio, a highly- specialised recording facility designed for working with drums, conveniently located a few kilometres outside of the Czech Republic’s capital city of Prague, both before and during COVID-19-related restrictions — as of October 17…
Simply speaking, MeldaProduction’s MDrummer virtual instrument plug-in is the ultimate drum machine and virtual drummer, duly making arranging drum tracks and realtime drum performances a quick and simple affair, one where the possibilities are (almost) endless. Entire ranges of percussion instruments — from drums to scratches — can conceivably be capably covered by MDrummer’s sound engine. Effectively, any number of drum kits, drums in each drum kit, layers and effects inserts for each drum are available, alongside sampling and synthesis capabilities, together with some special generators, so whether users are interested in acoustic drums, electronic drums, percussion, effects, or any combination thereof, MDrummer can do it! Fancifully featuring an advanced rhythm engine that users can control simply by pressing MIDI (Musical Instrument Digital Interface) notes — using Drum pad mode — or using the integrated song sequencer, MDrummer comes complete with a huge array of rhythms, boosted by a lengthening line of free extension packs, and also allows users to quickly create their own using the RHYTHM GENERATOR. 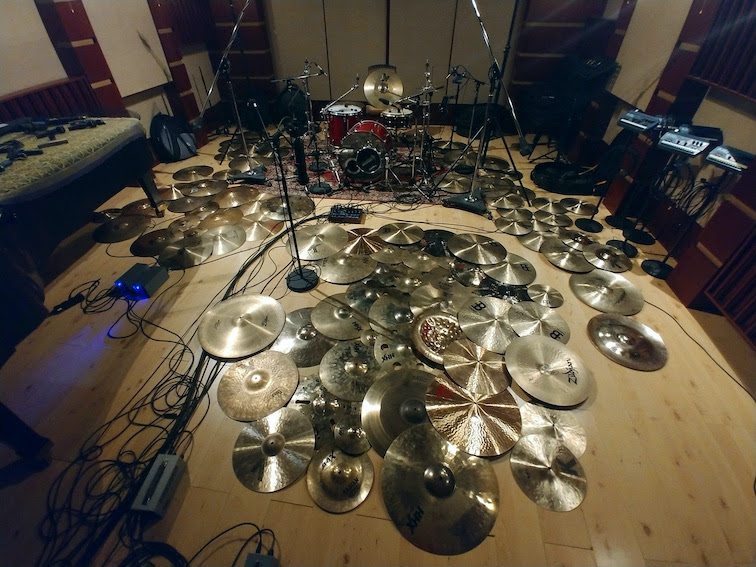 Getting Drum Empire 2020 out there into the wider world sees MeldaProduction broadening MDrummer’s massive percussive scope still further. Available as another extension pack for free, Drum Empire 2020 offers over 60 GB of compressed content to owners of MDrummer as a huge array of sampled high- end drums and cymbals played mostly with sticks, but also brushes and mallets, while hands also got a workout when things got broken! 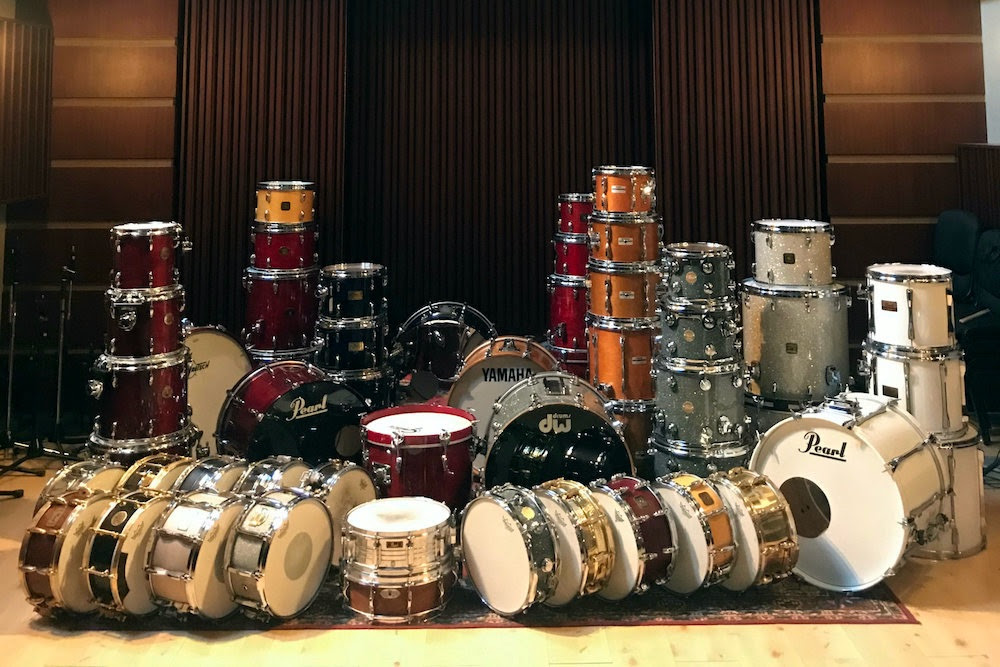 But there was only one recording location geared up for this no-holds-barred percussive approach as far as MeldaProduction was collectively concerned. Svárov Studio is a highly-specialised recording facility designed for working with drums, conveniently located a few kilometres outside of the Czech Republic’s capital city of Prague — possibly the best studio for recording drums in Central Europe, thanks to its beautifully-controlled, high- ceilinged hall, not to mention many desirable drum kits always available from the likes of Gretsch, Ludwig, and Pearl, readily recordable to the highest standard using a superlative selection of microphones and preamps/DIs that are more than up to the task at hand. Helpfully, it turned out that it is owned by total drum junkies who eat, sleep, and drink drums!
Turbulent times meant MeldaProduction started sampling for what would become Drum Empire 2020 at Svárov Studio two days before COVID-19-related restrictions kicked into play, yet the production played on with wearing of face masks failing to dampen the percussive passion from everyone involved in recording professional drummers in professional studio conditions — including the drummers themselves! 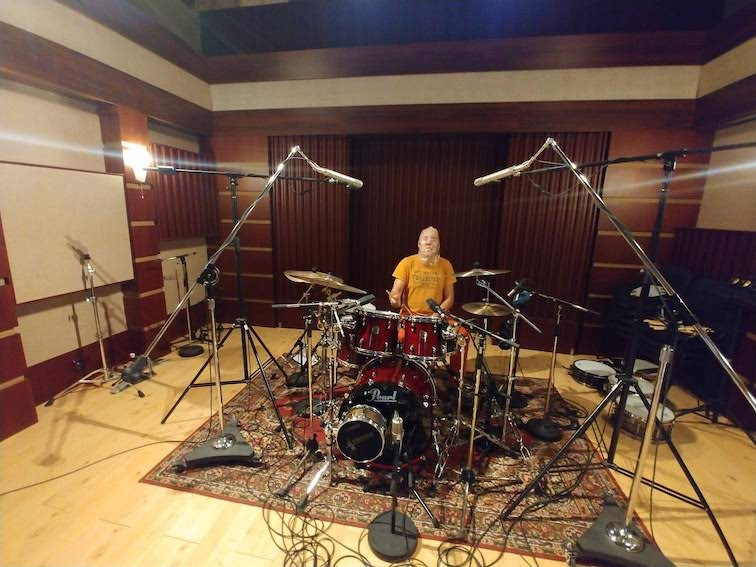 Superlative sampling to the high standards for which MeldaProduction is well known necessitates exploiting equipment of the highest order when it comes to such content creation. Clearly, Svárov Studio — where the best preamps money can buy live together in perfect harmony with an abundance of analogue equalisers and compressors combining to bring a little musical mojo to the party, even when recording dry with some of the best-sounding microphones around (including the Neumann U87 large-diaphragm condenser classic and AKG D112 professional dynamic bass drum microphone) — lived up to expectations as MeldaProduction started working with cymbals. But best ones only, of course — and lots of them! Zildajians, Sabians, Meinl… so many, in fact, that it was difficult to capture all of them at once when photographing the sessions for posterity. Put it this way: when counting them, there were no fewer than 42 crashes, 17 rides, 11 Chinese cymbals, 10 splashes, and eight hi-hats! Stacking some of them on top of each other turned out to not only look cool — after all, not many drummers can afford to stack multiple K Zildajians — but sounded cool, too. So sampling 18 such combinations was where MeldaProduction ended up, ultimately available for all to hear and play using Drum Empire 2020.
That said, as implied by the name chosen by MeldaProduction to front its latest free extension pack for MDrummer, the real magic comes courtesy of Svárov Studio’s desirable drum kits themselves with individual-sounding iconic examples ending up being sampled for Drum Empire 2020. To namecheck but a few: the classic Ludwig Vistalite was used by the one and only — but not only by — John Bonham (R.I.P.) during his trailblazing tenure with Led Zeppelin; the Yamaha Recording Custom is another classic that has remained regularly in use throughout the decades — designed as appropriately named by Steve Gadd, it is also responsible for Phil Collins’ classic drum sound, albeit without the bottom heads; a vintage Ludwig rock kit with 26-inch kick drum, plus 20-, 18-, and 15-inch toms, is so big that only big guys can comfortably play it; and the limited-edition Pearl Masters 50th Anniversary simply cried out to be sampled, as did a vintage Pearl MLX and classic Gretsch galore! 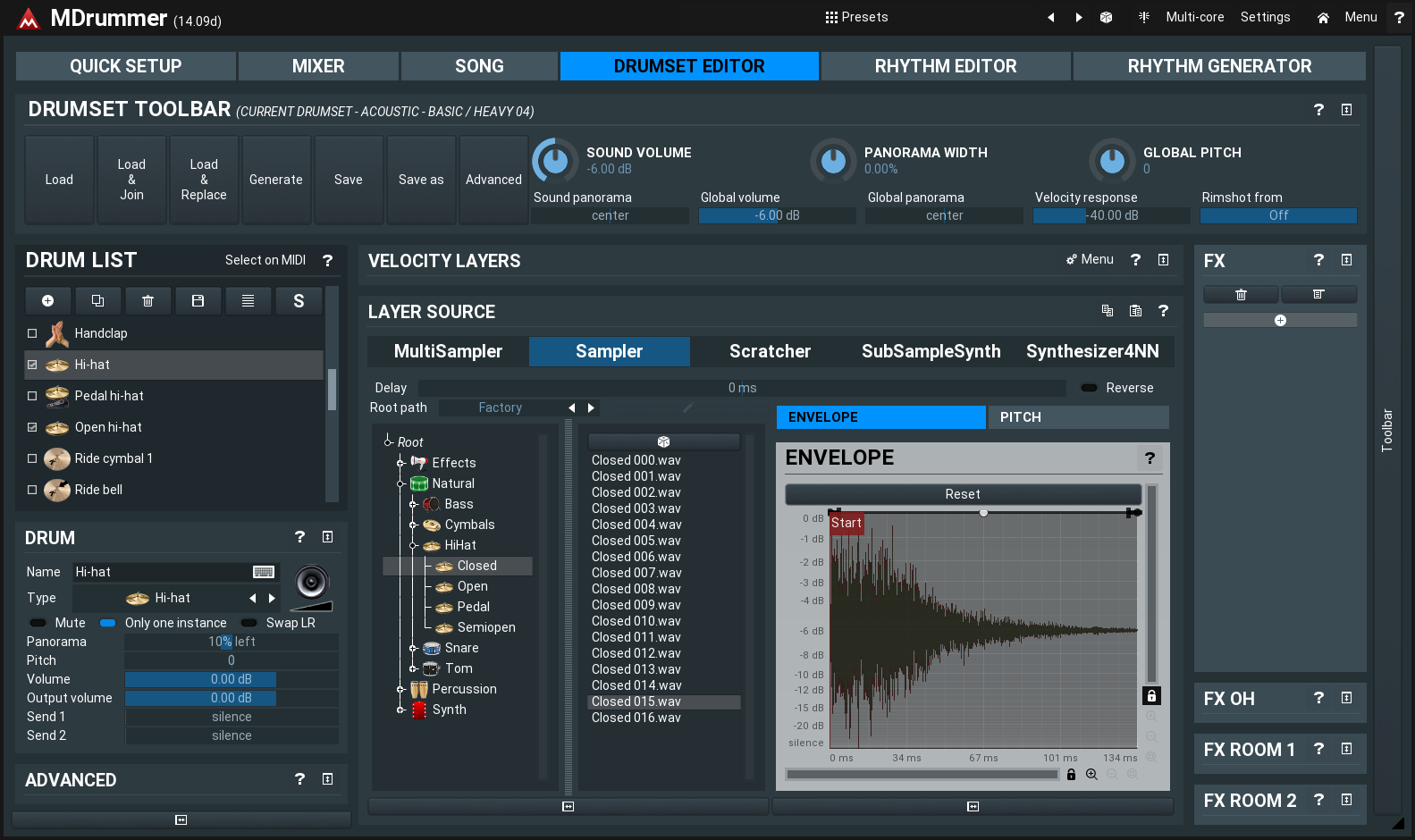 Get this, though: all told, MeldaProduction sampled 13 different kick drums — ranging from a small one that is only 18 inches in diameter right up to the aforesaid 26-inch monster! Meanwhile, 18 of the most iconic snares, including the mighty Ludwig Black Beauty and its Supraphonic sibling, were also sampled. Subsequent experimentation revealed just how cool a snare can sound with another head on it — or, for example, with a tambourine.
This literal march to (the beat of) a different drum certainly served MeldaProduction well when developing Drum Empire 2020. If, indeed, broadening MDrummer’s massive percussive scope still further was its mission, then mission accomplished! And owners of MDrummer are its beneficiary… and all for free!
The latest version of MDrummer is downloadable — as an AAX-, AU-, VST- and VST3-supporting 64-bit-only virtual instrument plug-in for macOS (10.9 Mavericks – 10.15 Catalina ) and AAX-, VST- and VST3-supporting 32- and 64-bit virtual instrument for Windows (Vista / 7 / 8 / 10).