Ventus Native American Flutes is available now for the introductory price of $79 (MSRP: $99) through the end of the year, or just $59 with your crossgrade code (ventpf3crs2054). The full version of Kontakt is required.

A Sonorous Trio of Solo Flutes 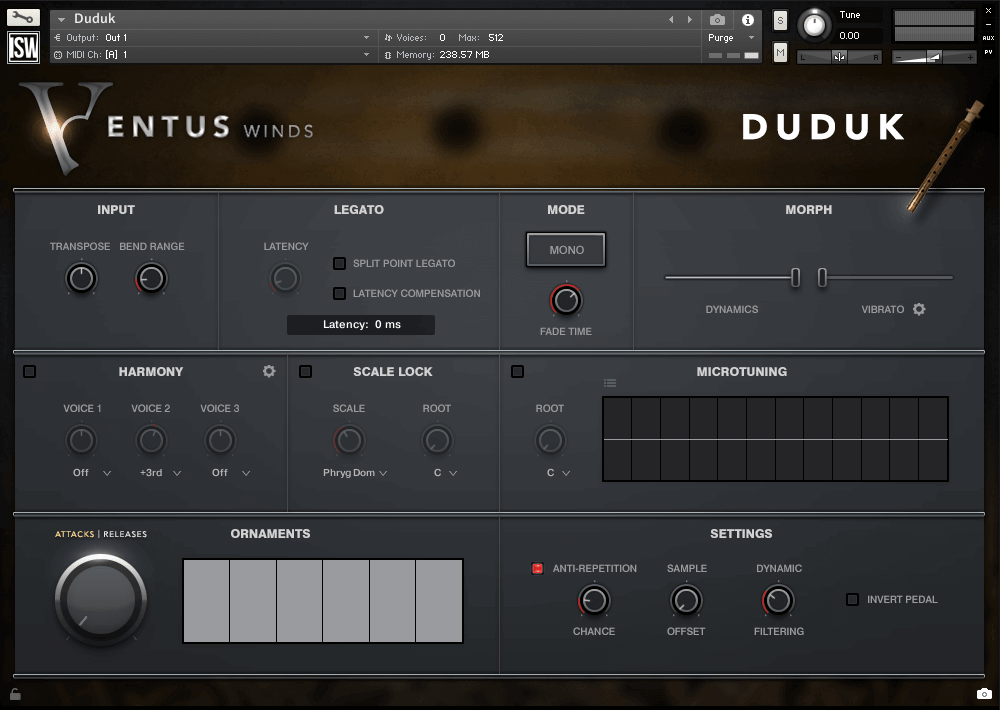 As an existing Ventus series user, you can save an additional $20 on Native American Flutes using the following coupon in your cart: ventpf3crs2054

These beautiful flutes were handcrafted among the majestic mountains in the historic town of Patagonia, Arizona, and each have a distinct ‘voice’ and pitch range.

Play nimble, expressive melodies or accompaniment with lovely vibrato, emotional legato, and a variety of ornaments to breathe life into your performances even with no keyswitches or automation.

These deep sounds are sure to inspire your music, whether you’re writing film scores, ambient soundscapes, New Age, or even jazz. And with our latest Agility engine for Kontakt, you can craft the perfect tone and settings to fit your personal workflow.