Now you can craft the sound of your drums any way you want, whether it’s subtle enhancement or changing the sound of an entire kit, and more!” 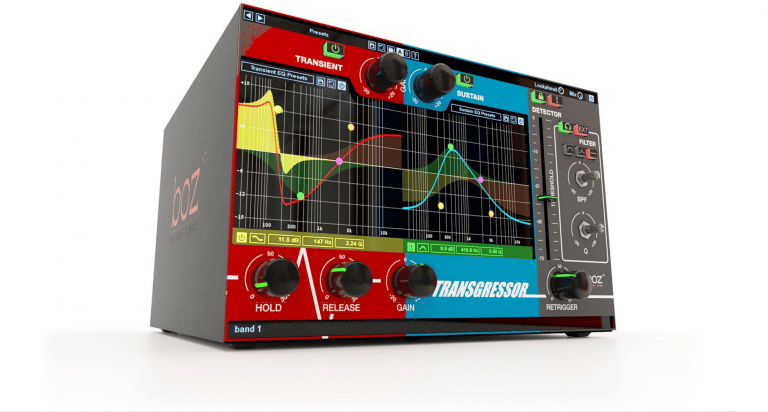 A true one of a kind, “Transgressor 2” goes beyond the limits of standard transient designers. It gives you the ability to craft the sound of drums and other instruments not just in terms of attack and sustain, but timbrally as well.

The Transgressor combines a transient designer with two equalizers. No big deal you say? Any EQ plug-ins will do? Au contraire mon frère. Transgressor 2 not only lets you equalize the attack and sustain portions of the instrument’s envelope individually (yes, you read that right; attack can be equalized differently from sustain), but it also lets you dial in the specific low, mid, and high frequencies independently on each.

What if you need a brighter attack but want to keep the dark resonance of toms or kick drum? Perhaps you need more midrange attack but wish to brighten the resonance of a hi-hat? Perhaps you’re happy with the overall sound of snare but the attack is just a little too bright. The answer is the Transgressor 2 (you must have seen that coming). Only Transgressor 2 gives you the ability to control transients and sustain without compromising one for the other.